australian actor Jacob Elordi is joining the likes of his co-star Sydney Sweeney in speaking about money troubles – though this admission might not garner as much backlash as the actress’ did.

In an interview with G.Q. magazine, the 25-year-old euphoria star revealed that prior to booking his starring role on the HBO series – but after the release of Netflix’s The Kissing Boothin which he played the leading man – he moved to Los Angeles and crashed on a friend’s couch for a few weeks, and when he wasn’t sleeping there in the San Fernando Valley, he was sleeping in his 2004 Mitsubishi on Mulholland Drive.

“I wasn’t booking jobs,” he told the publication. “I think I had – I don’t know, $400 or $800 left in my bank account – and euphoria was my last audition before I went home for a little while to make some money and recover.”

READMORE: How to slash hundreds (or even thousands) from your power bill

Even after he booked the role of Nate Jacobs in euphoriafor a while, Elordi was still living in his car, recalling around the time the pilot for euphoria was being shot: “My car was like a hoarder’s, stacked with boxes and coat hangers and things.”

It was a producer for euphoria that noticed Elordi’s predicament, and ultimately got him a room at West Hollywood’s Standard.

“I got really lucky,” he told the publication. “Which is just an LA story, do you know?”

Elordi also opened up about how, following the release of The Kissing Booth in 2018, he almost quit acting for good – the franchise has had mixed but notably mocking reviews, and when the first film was released, Elordi was dating actress Joey Kingwho played his on-screen love interest.

All the attention on his personal relationship with King made Elordi rethink whether he really wanted to be famous.

READMORE: William and Harry ‘kept in the dark’ over new Diana series

Elordi ultimately decided to continue pursuing his acting dreams, but says he still struggles with what comes with fame – namely, being followed by the paparazzi.

“It felt like, all of a sudden, I was a poster,” he said of the attention on him. “Like I was a billboard. It felt like it was for sale.”

“Then my brain went through the f–king wringer. Like, I wasn’t sure if I was genuine. It really skews your view. It creates a very paranoid way of living.” 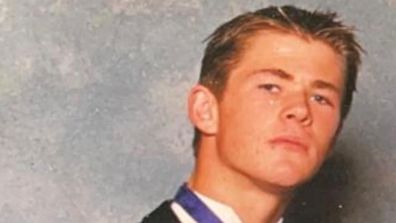