Lines looped through the domestic terminal and spilled out the door leaving travelers frustrated and concerned about missing flights.

The cause of today’s delays is staff calling in sick meaning security screening lanes couldn’t be opened.

A Sydney Airport spokesperson apologized for the lengthy delays.

“Our security contractor has had significant staff sick leave today, meaning some security screening lanes were not able to be opened,” a spokesperson for Sydney Airport said.

“We have customer service staff on the ground bringing passengers forward according to flight priority.

“We are sorry about the disruption and we are working hard to get everyone on their way.”

Travelers waited up to an hour to get through security.

“It’s a bit excessive but we have to put up with what we put up with,” one traveler said.

“It’s ridiculous I can’t believe it,” another traveler added. 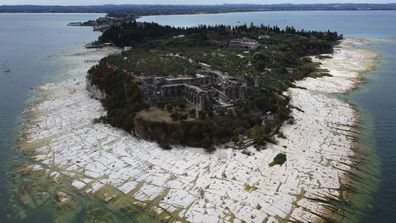 It’s not the first time Sydney Airport has faced long queues and delays as the site battles staff shortages.