Power prices rise but small actions in the home could save money – Michmutters Skip to content
Power prices are hiking yet again in added blow to the cost of living pressures as Australia shivers through winter.

Adam Corrigan, an energy efficiency expert at Australian Energy Foundation, has a few tips for Australians looking to save some dollars on their next power bill.

The first problem going unnoticed is wall vents, according to Corrigan.

“The wall vents, you don’t need them, close them off, it’s just another hole in your home,” he said.

The next problem where valuable heat is escaping homes is in door seals.

Corrigan said even the little two-millimetre gaps between the door and the fame is where heat is “diving straight out the door”.

Many may not realize this is eating up the power but Corrigan pointed out electric devices like speakers, modems, DVD players and the Foxtel box functioning on stand-by power are still chewing up the bill.

“In the average home, about 15 to 20 per cent of your electricity spend is just appliances on stand-by,” he said.

“Plug them in at the wall socket plug in your powerboard, get a remote and bang you’ve just turned it off at the wall,” he said.

With all of the cold weather, if residents don’t have an air conditioning unit that can heat then they may have invested in a small electric floor heater but Corrigan said these are “money guzzlers”.

Comparatively, Corrigan said the electric heater uses about 1500 watts while a high-efficiency air conditioner is using 1300 watts at maximum power.

“That (air conditioner) will heat the room much much more effectively,” he said.

Hot water systems account for up to 40 per cent of household energy use but Corrigan says turning the top temperature down can save cash.

And the second fridge in the garage can often be another appliance sucking energy and adding it to the bill.

“Simple thing, if you want it for your Christmas parties, birthday parties, that sort of thing but turn it off the rest of the time,” Corrigan said.

“Turn it on the day before and away you go.” 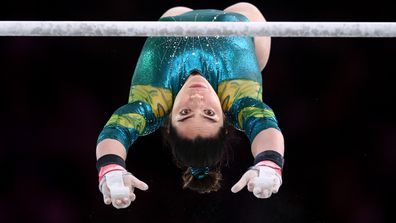