Trainer Gary Clarke made it a feature race double after his sprinter Syncline won the Palmerston Sprint on Saturday.

Clarke, wife Sharlene and his family had their son, Guy, looking down on them after he tragically lost his life late last year.

Playoffs is part-owned by Colin McKenna who has owned some great horses, including Caulfield Cup winner Jameka, as well as his former trainer and now industry superstar Ciaron Maher.

SET YOURSELF UP FOR THE SPRING CARNIVAL AND JOIN RACENET IQ TODAY FOR JUST $4.99! 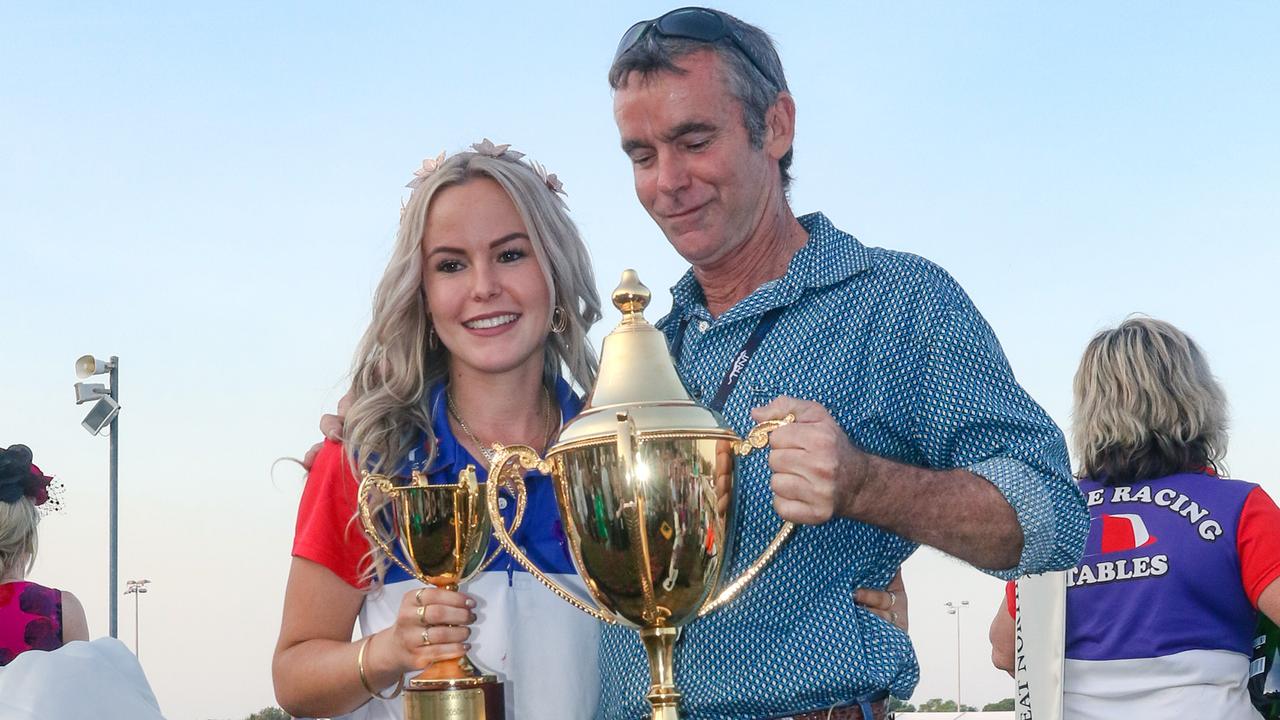 Verry Elleegant’s part-owner John O’Neill is also in the horse. 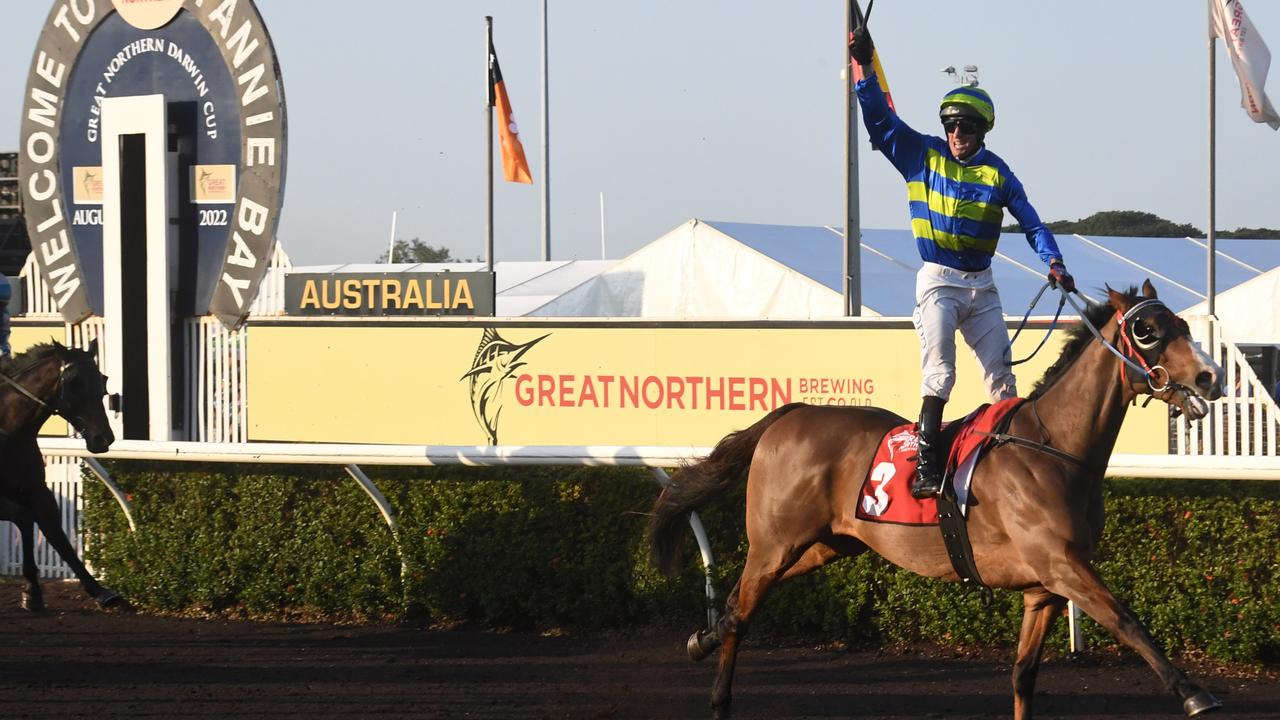 Hot favorite Living The Dream ($2.25) had a sweet run in transit but dropped right out in the straight.

Playoffs, who has now won his only two starts in Darwin earning in excess of $180,000 prizemoney, was ridden by Jarrod Todd.

For Clarke it was his fourth Darwin Cup, having won one as a jockey and three as a trainer.

“It was a big win. A race like that isn’t something you do with just one or two months of planning, it takes six months,” Clarke said.

“What you need to do in a race like this is staying out of trouble.

“I knew he had the ability to win it, the only unknown factor was if he had the speed coming out the gates.

“It’s been a very hard year, but we’ve had good people around us and good staff that sort of helped us through. We’ve had good help all the way through.”

Todd called the win a very special occasion for himself and the Clarke family, who he credited for the amount of work they put in.

“I put in a fair work to get here but nothing like Gary and Sharlene who deal with everything they can and I’m just lucky enough to pilot the horses.

“Playoffs held a strong gallop. He could have gone another 200m and still won it so a really good run from the horse.” The Clarke clan before the race. Picture: Glenn Campbell

A crowd of 16,000 was on track at Fannie Bay for the biggest race day in the Northern Territory.

The Clarke family was also hit hard when their No.1 stable rider and great friend Simone Montgomerie was killed in a race fall on Darwin Cup day in 2013.